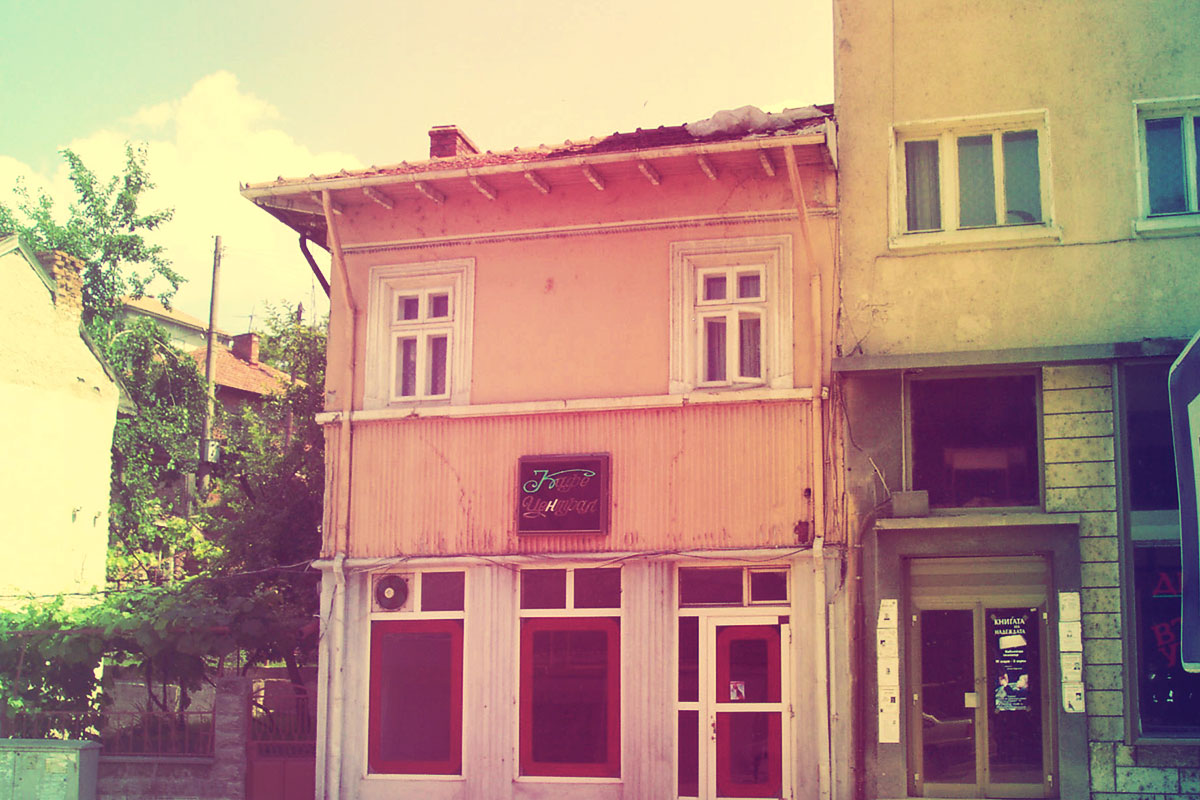 Dating – 20s – 30s of the XXth century. The house does not shine with its architecture, but it keeps the memory of a respected person in the recent history of the town – Dr. Pavel Dosev. The house, as well as the one next door in the eastern direction were hereditary property of Dr. Pavel Dosev – he lived in the house, in the neighboring, which today is a separate neighboring property in the eastern direction was the office with a waiting room for his private practice

Dr. Pavel St. Dosev was born on June 17th , 1902 in the town of Tutrakan. He graduated from the Ruse Men’s High School in 1921. He studied in Bucharest and in 1928 received a diploma in medicine and surgery. He was a private practitioner during the Romanian occupation of Tutrakan. After Tutrakan’s return to Bulgaria in 1940 and the departure of the Romanian authorities, there were still no city doctors, but Dr. Dosev immediately became involved in the health care of the local population at risk of famine, disease and epidemics, along with the other local doctor. Dr. Radoslav Petkov.

In 1944 he was appointed head of the Tutrakan polyclinic. He practiced medicine until the mid-1970s and was revered and respected by the people of Tutrakan.

Apart from medicine, he is also involved in scientific and historical activities. His research “Life and work of Dr. Peter Beron” was published in a collection of reports of the section on the history of medicine at the Society of Medical Sciences in Romania for the period 1956-1961. In 1971 he participated in a symposium in Kapulung, Romania with a report on “Cholera in Bulgaria and Dr. Babesh’s visit to Tutrakan during the cholera of 1894.” The following year he was invited to a symposium in Ploiesti, where he presented his research “The impact and application of Romanian medical science and practice in Bulgaria by doctors who graduated in Romania.” He also gave a report during the Balkan Medical Week in Sofia on the topic “On the life and work of Prof. Dr. Atanasov (1825-1892), published in French.

As a socially engaged person, Dr. Dosev was among the founders of the Tutrakanets Sports Club in 1942.

In the memories of old people from Tutrakan it is considered that Dr. Dosev is a relative of grandmother Siika Stoyanova.

The house consists of a mezzanine, dug into the ground about a meter – during Socialism it was a men’s barber shop with 4 chairs for customer service, after the democratic changes in 1989 it functioned as a cafe-bar “Central” and a clothing store. Overlooking the main street, the second floor has two beautiful windows with vertical pilasters around them, typical of post-liberation architecture. The entrance to it is external, on the side of the building. The roof structure has supporting wooden decorative brackets. The house is built of baked bricks, the original white color has been replaced by pink. The facade to the street is a combination of orange, pink and gray, which does not correspond to the era of the building.