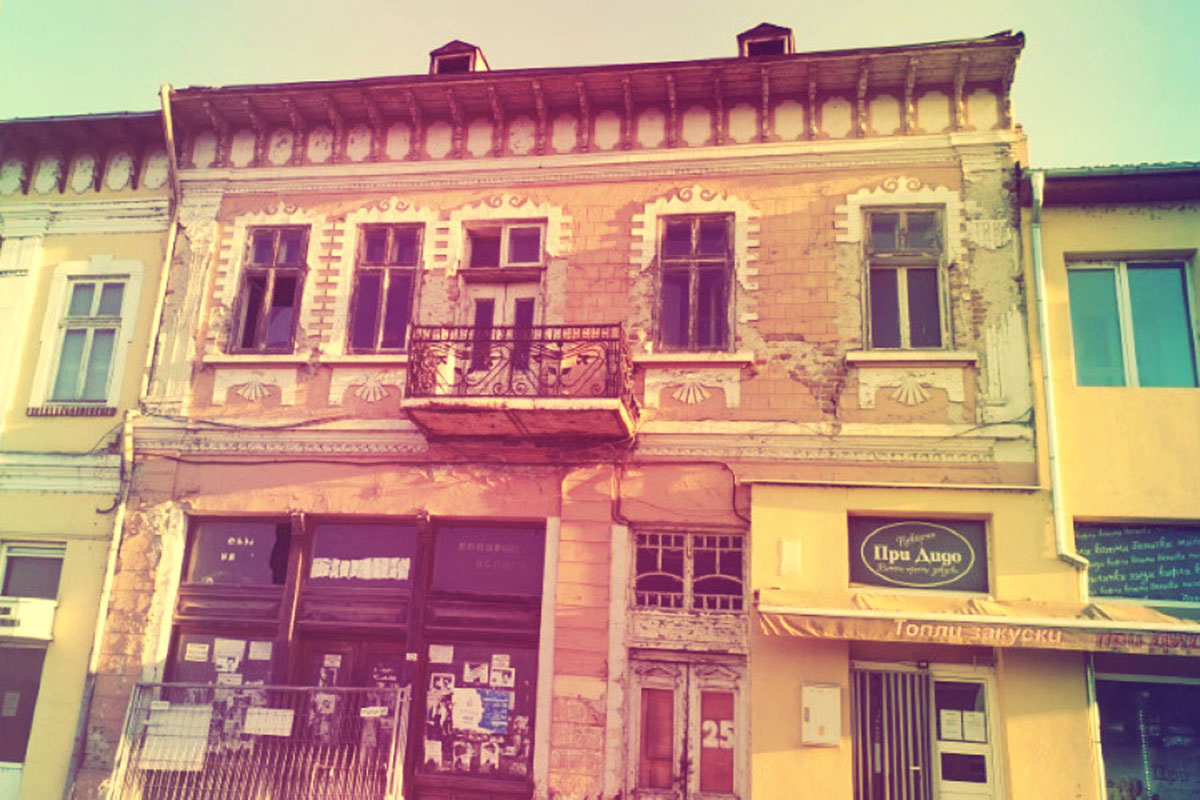 Angelina Draganova Keremidchieva was the first owner according to documents stating that the house was built in 1928. The property was nationalized after 1945. During Socialism, the first floor hosted at first a pharmacy and then the city bookstore, from which Tutrakans bought books for their home libraries. In 1997, based on a court decision, the store was restored to the owners. The second floor remains municipal property. Research on the house continues.

The house is a two-storey massive building built of baked bricks, the original color is dark pink. Overlooking the main street, the second floor has four beautiful windows with vertical pilasters around them, with a wrought iron terrace combined with horizontal cornices typical of post-Liberation urban architecture. The attic has carved, supporting wooden decorative consoles. With a built-up area on the second floor of 112 sq. m, consisting of 5 rooms and a corridor, a staircase to the first basement equal to 32 sq. m, a cellar of 36 sq. m, a warehouse of 30 sq. m, a shop of 45 sq. m. The building has a wooden structure between the floors / rafters /. In the 1980s, a major overhaul of the fasade was carried out during Coopvitrina 85, when, unfortunately, the old decorative grilles on the doors and windows, which stretch to the side, were removed.