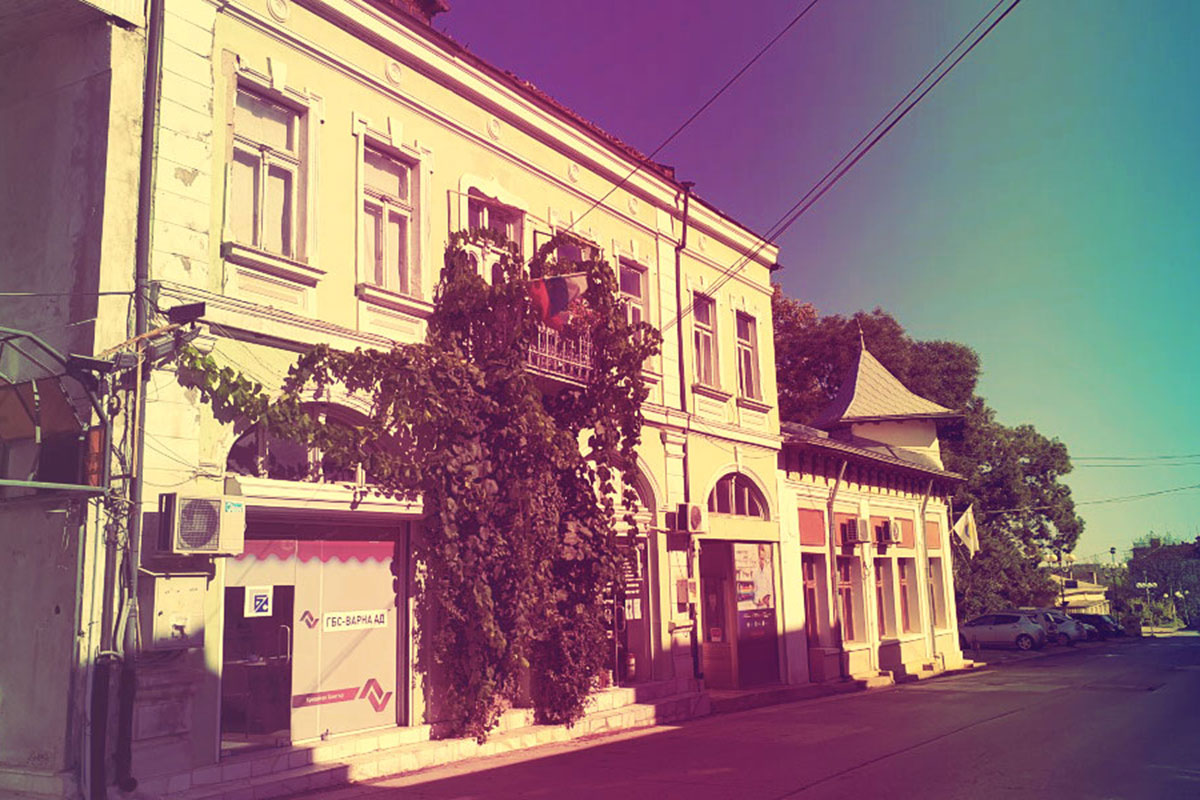 The house was built in 1906 by Angel Nikolov Pikov – this is evidenced by the iron initials placed on the door of the house.

The family memoirs say that the ancestor of the family was a fisherman who probably came from today’s Romania to Tutrakan before the Liberation. He had a hotel next to the current company “Lodkostroitel” – “America”. He lived in a basement when he came from Romania, he was very healthy and only had a cold. He did not know Bulgarian and his favorite phrase was: “All diseases are bad, but the common cold is the worst.”

It should be noted here that almost until the First World War the movement in the Balkans was in a very free regime. Many Bulgarians for centuries moved north of the Danube and settled in Wallachia, and after the introduction of economic measures by the Sultan‘s Court, such as tax relief for 1 to 5 years, in order to settle depopulated after the Russo-Turkish wars Dobrudja began and reversed the process. This free movement for the Tutrakan region led to the settlement of people from the north, but also from the interior of the Ottoman Empire. Unfortunately, with the separation of nation-states and chauvinistic relations between them, measures were gradually introduced that restricted this free movement, and after the Second World War it was practically reduced to a minimum.

But let’s go back to the story of the ancestor of the Tutrakan family Pikovi or Pika (the Romanian version of the family). His son Angel Nikolov Pikov became one of the most active entrepreneurs in Tutrakan. We find his name in documents that reveal his active work as an entrepreneur and public figure – he is among the names of municipal councilors / members in the period from 1885 to 1896, with small breaks. From 1890 to 1892 he was assistant mayor of Tutrakan – a period in which the construction of the hospital in the city began. In the Bulgarian Almanac, in the part about Tutrakan, he is noted in 1893, 1896 and 1897 as a grain grower, for 1900 A.N. Peak and sons are noted in the ranks of cereals, flour growers, drink sellers, a factory for bricks and tiles. Probably in this period there is a boom in construction, and it coincides with the time of construction of the house. In the Jubilee Almanac 1902-03 he was again quoted in the section “cereals”, 1911. Angel Pikov and sons are listed in sections – barbers, threshers, butchers, sawmills and moneylenders – the only ones officially noted, although it is known that in during this period many wealthy Tutrakans were also involved in usury and the so-called “Greengrocery” (sale of the harvest in advance – “green”).

From these groups of merchants is formed the wealthiest stratum of the trade guild and the Tutrakan society, which handle the largest capital.

An interesting aspect of the Pikovi family is their identification as Bulgarians or Romanians, which is different for the different heirs of the Romanian fisherman. We find about Angel N. Pikov in documents from 1902, in which it is stated that during the establishment of the Tutrakan friendship “Bulgarin” led by Dimitar Teodorov, who opposed the Romanianization in the city, Angel Pikov was “known as a Romanian fanatic who insists on its dissolution. ” This is not how his sons – Nikola and Georgi Pikovi – feel.

Nikola Pikov (1872 – 1940) – wood entrepreneur, mayor of Tutrakan 1912 – 1913 (until the Romanian occupation) and in the mid-20s, one of the leading figures among the Bulgarians in the city. during the Romanian occupation. He is married to Nikolina Militarova and they have 4 sons: Angel / 1898 / – graduated from the Commercial High School in Svishtov and the Commercial Academy in Bucharest, Krum / 1902 / – studied engineering in Germany, died young of meningitis, Georgi / r. .1905 / and Costa / b.1908 / left for Romania and are considered Romanians, the daughter Sofia studies high school in Bucharest and marries a Romanian. Angel Nikolov Pikov, who repeated the names of his grandfather in 1940, issued a special certificate in Sofia stating that he was “a Bulgarian of pure Bulgarian origin” and to serve before all the authorities in Tutrakan. At that time the Peaks were included in the eviction lists under the Treaty of Craiova.

Georgi (Gheorghe / Gitsa) Pikov (Pika), born in 1876, merchant and manufactory, epitrop in the church, one of the leading figures among the Bulgarians in Tutrakan during the Romanian occupation.

Cereal traders in the city have their own union. Local traders and industrialists are present in the activities of the Chamber of Commerce and Industry (Camera de comerţ şi industrie) in Durostor County – a territorial division of this semi-state professional organisation in Romania. Gitsa Pika (Georgi Pikov), represented as a manufacturist by Tutrakan, also participated in the temporary commission of the Chamber in Silistra, appointed by a royal decree in 1927 and consisting of 7 people. Family memoirs say that he was a Member of Parliament until 1916, probably in the Romanian Parliament, but this has not yet been documented. He was married to Mariyka Meshekova (1885-1969) and had 6 children – 5 daughters and one son, who were raised in the house.

Interesting information about the Pikovi family is given by a report of the Romanian priest in Tutrakan in 1921 and according to him leading figures among the Bulgarians are: Nikola Pika (Pikov) – former mayor of the town, Gheorghe Pika (Georgi Pikov) – merchant and epitrope in the Church * , Petar Gabrovski – trader, Petar Keremedchiev – large landowner and trader / Kel Petrake /, Teodor (Todor) Atanasov – cattle breeder (cattle breeder) and others. The Romanian priest informed the epitrope Georgi Pikov that he was “Romanian, but he felt Bulgarian” and who accordingly wanted to “serve in Bulgarian” in the church. In connection with the origin of G. Pikov, it should be noted that the original expression “Bulgarian origin” was crossed out by the author of the text and was replaced by “he was Romanian, but he feels Bulgarian”.

In 1957, at the age of 81, Georgi Pikov sold the house to Kosta Zlatanov, an emigrant from Tulcea, a tinsmith who had bought the property next to the house for his shop two years earlier. Pikov probably went to live in Ruse with one of his daughters, and in Tutrakan remained only one of his daughters Todorka Dimova, married to another famous wealthy Tutrakan family Dimovi.

The building was built with post-liberation urban architecture. It consists of three floors. First floor, dug into the ground with a view to the north, second floor, public space / office / with a view to the south, to the main street and third floor – residential, with the typical terrace, which is emblematic of Tutrakan with its wrought iron / reminiscent of its previous owners /, wrapped in a vine.

The house has well-preserved horizontal cornices and vertical pilasters. The color is light green. The material from which it is made is baked brick, glued with mortar, and the bases are made of stone. The roof is made of sheet metal.