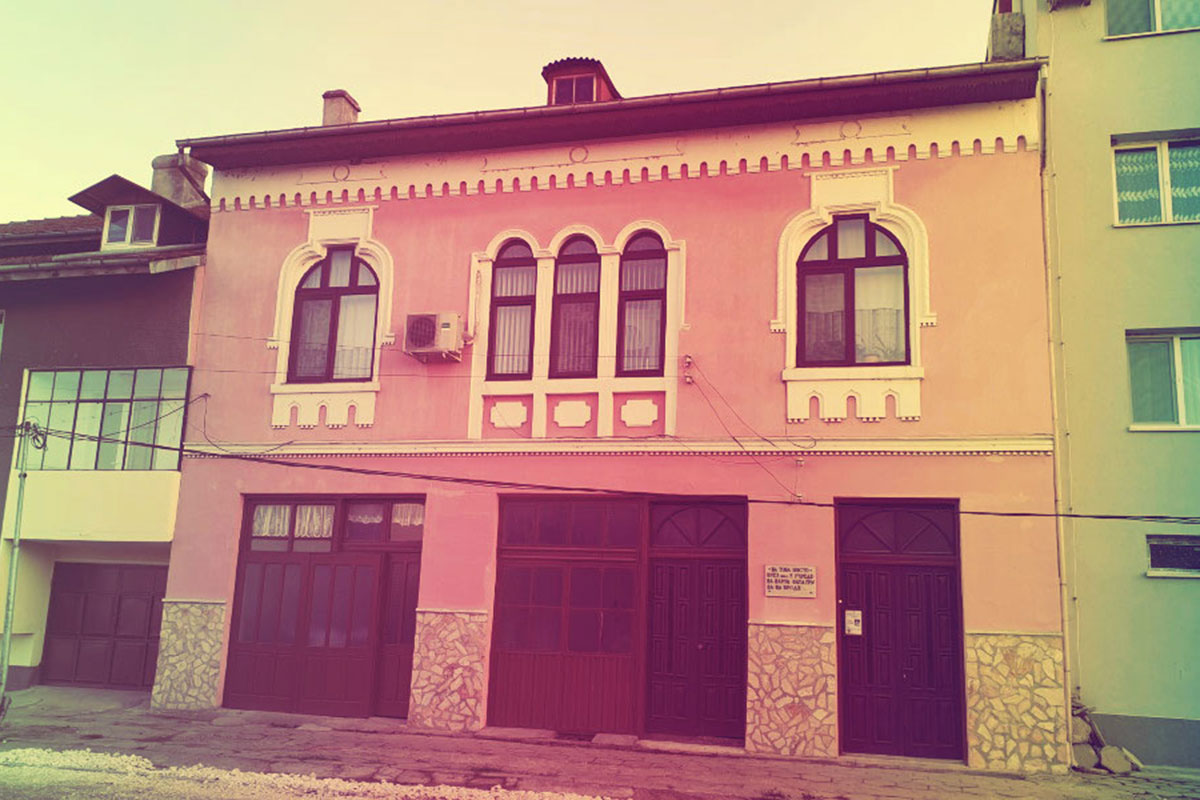 According to his heirs, he had large vineyards / today next to the existing Chereshova Garden / in the western part of the road to Ruse. They exported the grapes by boat to Romania, but they also made wine, which they traded in. In viticulture he was succeeded by his son Yanaki, who is famous among the old Tutrakans as an exceptional viticulturist, he also inherited the house. According to the memories of Tutrakans, in the swamps, he also had large pits with ice for storing wine. He sold wine in small and large quantities. He also kept fish bought in the ice pits for wine from the fishermen. They covered the pits with straw to keep the temperature. Proof that he also traded in fish is the fact that in 1947 Yanaki Nikolov Dyakov was a member of the Fishermen’s Association “Danube Fisherman”, Tutrakan.

Nicholas’ first son was a banker whose wife Gertrude was German, probably because of this they left for Germany. They have a daughter Veronica, who they lost very young – 18-20 years old. An interesting fact is that the heirs received a business card informing them that Gertrude has died and that the urn with her ashes is in a certain city.

The house is built on two floors, with bricks plastered with mortar. It is built in post-liberation urban style, with beautiful cornices around the windows on the second floor. It seems that the first floor was intended for a commercial space. According to the current owners, “The house has basements, a whole restaurant can be built there. The basement is filled with water, but we have a pump and we discharge the water.” The front door is located next to the right of the apartment building. The color is pink combined with white cornices. The windows on the second floor and with an arched shape at the top, which makes them extremely beautiful.The house has retained its authentic appearance.

In the autumn of 1902, municipal elections were held and Nikola Iv. Dyakov was elected mayor, with an assistant – Mayor Memish Borolu. This composition remains almost unchanged throughout the three-year term of the Municipal Council.

“His government coincides with the economic rise of the municipality, with the financial and economic stabilization, with the strong development of construction and public works, with the raising to a higher level of municipal self-government and the more direct participation of citizens in it.

The periodical press gained serious momentum in reflecting the actions of the municipality, analysing them and subjecting to destructive criticism those that lead to deviations from the normal rhythm of development of society and the city. In 1902 the first issue of the newspaper “Branitel” was published.

Later, the Municipality started publishing the newspaper “Tutrakan Municipal Newspaper”. Since 1903, several other newspapers have started – “Tutrakanski vesti”, “Tutrakanets” and “Rukovoditel”, and a few years later the newspaper “Napredak” began to appear. This great variety of periodicals allowed municipal life to be viewed from all sides, in the discussion of pressing issues to involve different segments of the population, to increase the demands on city authorities, which immediately led to increased responsibility and improve their professionalism and competence. Getting out of the crisis was slow and painful. In 1903, the BNB finally allowed the municipality to take out a loan of BGN 120,000 to cover the accumulated debts, but the economic situation of the population remained unstable. Again, the fishermen were in the worst condition. A decision was made to help the poorest, and at the same time the government responded, postponing tax collection by three months.

The municipality calls on wealthier citizens to voluntarily raise money and food to help poor families. It is estimated that there are more than 800 families in Tutrakan who live in extreme misery and during the severe winter of 1904-5 were exposed to terrible famine. Land rents for wealthier residents were rising slightly. To get out of the crisis and create a livelihood for the population, the development of sericulture in the city area was encouraged, as the municipality provided mulberry trees for planting. / Note from Sd. Transmariska – even today in the western part of the city along the Danube you can see groups of mulberry trees, probably a remnant of this period of stimulating their planting./

On September 22, 1905, the Municipal Council was already in a new composition, with Mayor Stoyan Kulev and later elected Assistant Mayor Stefan Oprev.

The economic stabilisation of the municipality, which began in 1902-1903, continued to be established. The management of the municipal administration by Stoyan Kulev (1905-1908) and by Atanas Abadjiev (1908-1911) marked a significant growth. It was during this period that Tutrakan grew as a modern city with beautiful architecture, largely preserved to this day. The city was regulated, its entrance arteries, squares and the trade network are formed, the ramparts are liquidated in the central part, the quay and the port were formed. Economic life, entrepreneurship and trade were also developing strongly, banking as the Tutrakan Popular Bank was one of the six most powerful banks in the country. “

Under the oppression of private property, the source of all social evils, we call for the celebration of the class-conscious proletariat, for revolutionary socialism and workers’ solidarity, for capitalism, militarism and monarchism below – Donchev, Buchukliev, Uniform-man, Bilevi, Stanchevi, Balkanski. Bezkvatirov, Krastev and Rachev.

Greetings to the [international] proletariat, guardian of peace – KS Penev.

Greetings to the brave bearers of the socialist ideal – P. Stefanova.

← Previous House by the Church