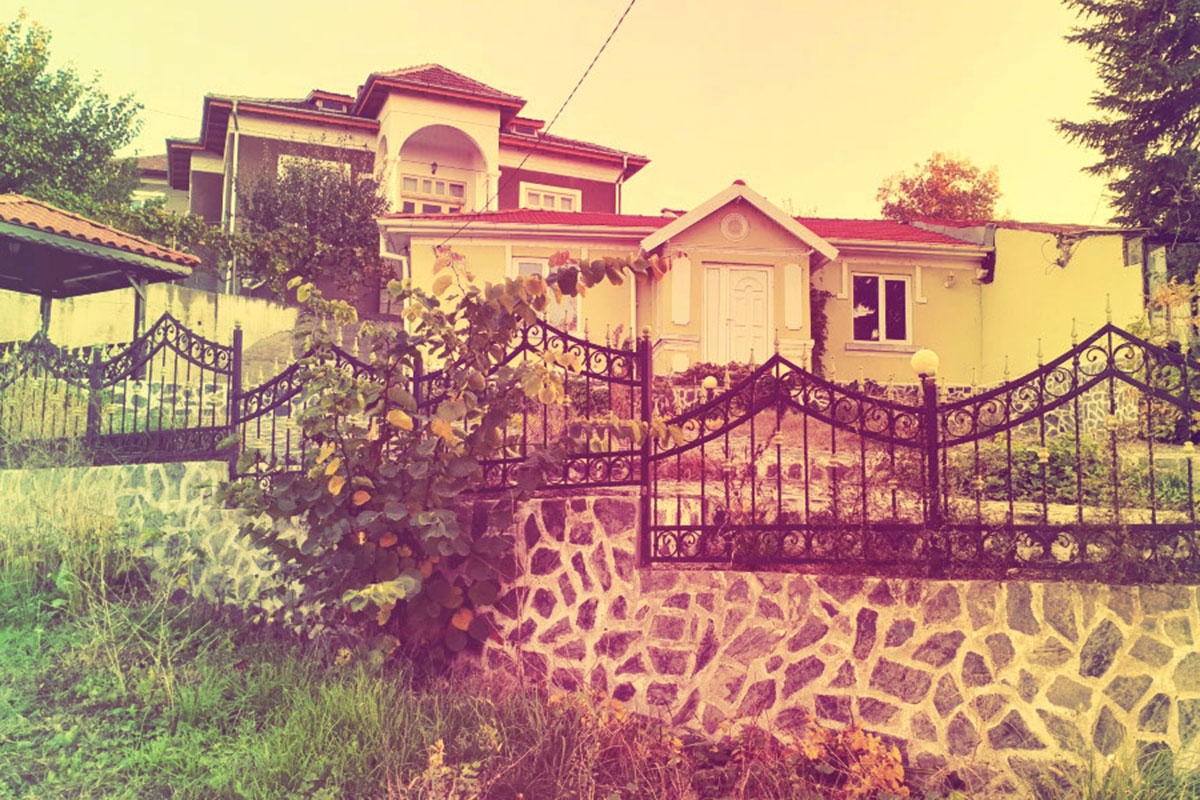 In the 80s of the XXth centurythe current owners bought the house from Vyara Popova, with maiden name Dimova – from the wealthy Tutrakan family Dimovi with ancestor Dimo Georgiev Dimov. Her husband Ivan Popov, known among Tutrakans as Ion Popina, was considered a Romanian but remained in Tutrakan after the Treaty of Craiova. According to some memories, the house was inherited by Vyara’s parents. Studies are ongoing. Vyara and Ivan had a son, a doctor, who moved with his family and mother to Varna after the sale of the house.

Dating – 1942 or earlier, according to the memories of Tutrakans, during the construction the owner traded in timber from the Carpathians. The building was built with post-liberation architecture, massively built of bricks plastered with mortar. It consists of two floors. First floor, dug into the ground facing north, second floor, residential with the typical for the whole building terrace, which is emblematic and resembles the terrace of Dimo ​​Ganchev’s house with decorative beams on the eaves, well-preserved horizontal cornices and vertical pilasters. The color is light gray, combined with white on the ornaments.

In 2019 the facade and the roof were repaired, the authentic look of the house was preserved.